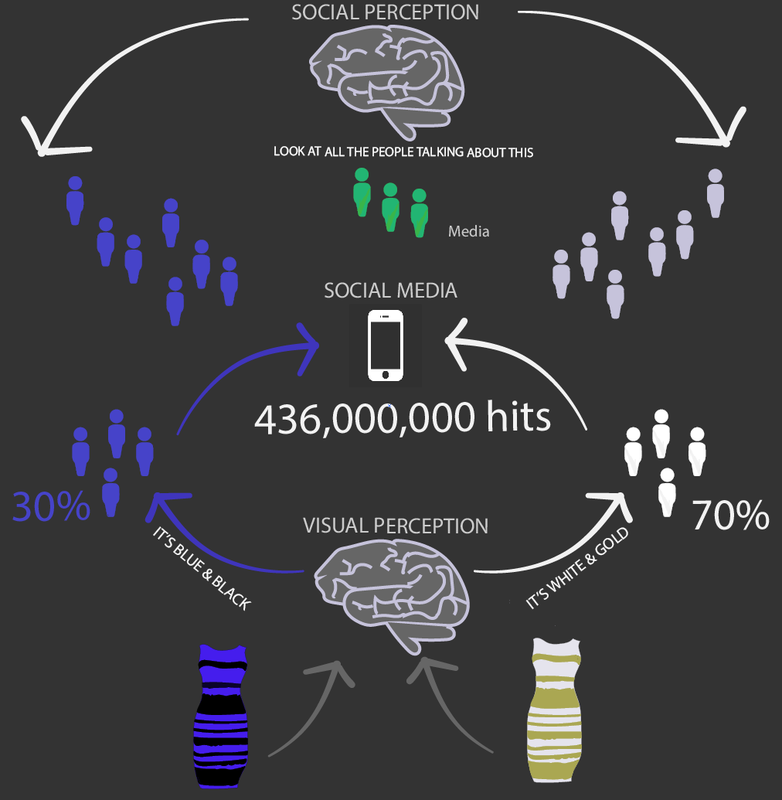 It’s not about the dress. It’s about your fundamental views being challenged about the world.People often view the world as if we are ‘observers’ looking at reality. This viewpoint is referred to as ‘realism’. Scientists have discovered time and time again, however, that the observer cannot be disentangled from reality.

In the case of ‘dressgate’, this is a simple demonstration of how there is no true reality. It all depends on the context, including how our brains decide to decode information.

We all know this, of course. When we disagree about the quality of a film or dinner, we are essentially disagreeing about reality. But at the back of our minds, perhaps we are thinking ‘they just don’t understand’ rather than recognising that we are having different perceptual experiences.

Here are some of the key players in viral communication. Which one are you?

This is the first person in your twitter or facebook feed that you see talking about the issue. They are the ones who started the whole thing. Much of the conversation tends to cluster around the early adopter, sucking traffic from the late adopter.

They may only be a few hours late but the late adopter is notorious for throwing up a comment on facebook or twitter well after the topic is starting to wind down. Maybe a few friends will throw a couple of likes in their direction out of pity.

This person pretends they are above the discourse about triviality. They might throw up a comment about the sad state of society for such superficiality. The more covert cynics will simply like the posts or blogs of other cynics.The interesting thing about the cynic is that through their commentary they are essentially helping to perpetuate the same conversation they are criticising. They fail to realise they are just one of the many varied active participants in the viral communication. 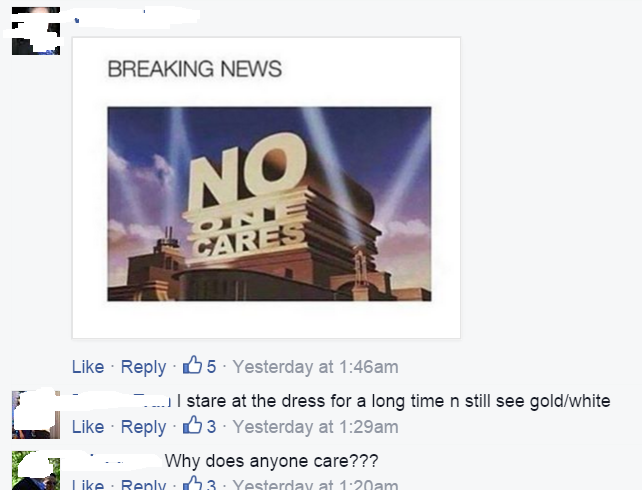 The whole social media trend is open for humour. The comedian creates memes and other media to mock the discussion and leverage off other trending topics. 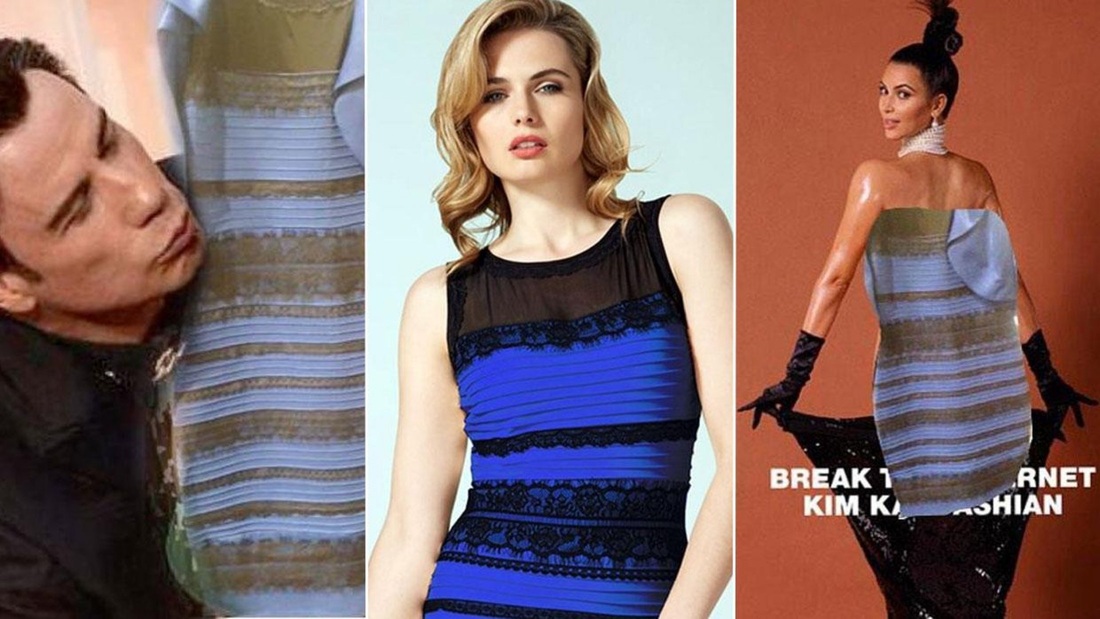 This person misses the social media virus completely by chance or through being cut off from technology. This person is likely your parent or grandparent who still stare at you blankly when you try to explain facebook. But they could be a friend or colleague who heard ‘something’ about the topic but genuinely wasn’t interested in engaging.

The meta-commentator likes to summarise the whole network of issues, traffic, and comments and explains how this whole situation came about in the first place. They like to assume a position of all-knowing.The meta-commentator is actually a covert covert cynic and likes to tie their ramblings up in the end with a tongue and cheek reference that shows they too are just an active participant in the whole thing.

And, just for the record, the dress is blue and black.

In the red corner is Harvey Weinstein. Weighing in at over 250 pounds and a net

When I was studying psychology, our statistics professor had a strategy to get people to pay

For many of those who know me, I have had a bill
Ok, so if you’re not in the mood for having your mind
In the red corner is Harvey Weinstein. Weighing in at over 250
People who were around during the moon landings often tell me what
‘You are not taking me to the cooooler’ decalred Mr Freeze, played by
Go to Top